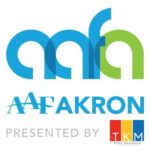 TKM Print Solutions Inc. is proud to announce it will sponsor the 2015 AAF-Akron ADDY’s Awards event on February 20 at the Akron Civic Theatre. According to AAF-Akron, “The prestigious ADDY® Awards event is a three-tiered national competition conducted annually by the American Advertising Federation (AAF). . . . Gold award winners from the Akron awards [are] automatically forwarded onto the Fifth District to compete in those awards.  The Gold winners from Districts will be forwarded onto the national ADDY® Awards.”

AAF-Akron is affiliated with the American Advertising Federation (AAF), “the largest and oldest advertising trade association.”
According to TKM COO Luke Messner, sponsoring the 2015 AAF-Akron ADDY’s Awards is a great way for TKM to contribute to the spirit of excellence demonstrated by local Akron area creative companies.

“We’re proud to be a sponsor of the 2015 AAF-Akron ADDYs,” Messner states, ” and in advance I congratulate this year’s award winners for their accomplishments and continued commitment to advancing the creative professions here in the Akron area.”

“We are thrilled to have TKM as our presenting partner,” said Scott Kessler, President of AAF-Akron and Creative Director of Zeto Creative. “This was our first year seeking a partner at this level, and the response from TKM was outstanding. We’re proud to be working with a local Akron company that’s so greatly respected in the area.”

TKM has been involved with AAF-Akron for years, most recently as a sponsor this past February at the American Advertising Awards (ADDYs), AAF-Akron’s biggest event of the year. This new partnership will continue to build upon that existing relationship as both organizations work together to provide top programming for club members and other professionals in the area.

To RSVP and purchase tickets to this year’s Akron ADDY’s, visit aafakron.com/ADDY.

About AAF-Akron:
The Akron Chapter of The American Advertising Federation (AAF-Akron) was founded as the Advertising Club of Akron in 1945. AAF-Akron’s efforts today include programs that educate members and help them conduct business better, government relations on behalf of members, educational programs to help provide a more prepared and diverse workforce, and promoting recognition of the economic and social value of advertising as an industry.

AAF-Akron won two national Club Achievement Awards for 2010 – first place in the Communications category and second place for Club Operations. AAF-Akron is a member of AAF District 5 and the national AAF. Further information on the club is available at www.aafakron.com.